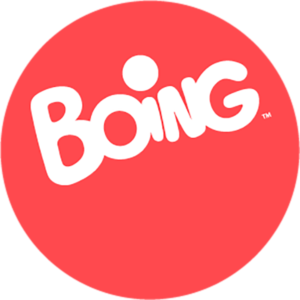 Boing is a thematic television channel dedicated to the entertainment of teens and children with non-stop programming active 24 hours a day. Following the birth of the Cartoonito children’s channel, Boing began to differentiate itself by offering more and more programs dedicated to a more teen audience, with an ironic edge, such as Lo straordinario mondo di Gumball, Teen Titans and Doraemon. Boing also offers the possibility of using an app, the Boing App, to watch the channel in streaming and enjoy video on demand, exclusive content and games. Boing is available in free-to-air on digital terrestrial channel 40 and in free-to-view mode, and in Europe on satellite through the commercial platform Tivùsat. 11% share on target 4-14.

Cost of TV spot on Boing

It is possible to advertise on Boing by accessing to packages of television commercials relating to the Mediaset linear offer (not AddressableTV) with national coverage. Of course, if you are only interested in this channel, it is important to know that according to Mediaset’s commercial policies it is not possible to purchase a single channel and that despite the fact that the 4-14 target is officially used, viewers are typically children and teenagers, they can also be reached with other media. For example, to enhance Boing’s offer, there are also BoingPlus and the Boing App, but this target is certainly very present on social platforms and YouTube.

To request the cost of an advertising campaign on Boing or other media dedicated to children, you can fill out the information request form contained on the page.