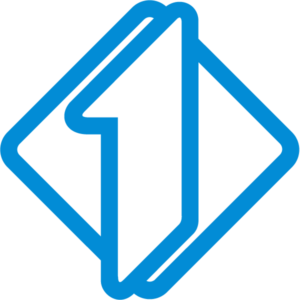 Italia 1 is a generalist Italian television channel with a youth target, broadcasted all over the country and published by Mediaset. Since its origins, in the early 80s, the channel has always had a particular focus on younger groups. Among the successful programs we find Le Iene, a famous infotainment program born in the late 90s and still today an effective model of assault journalism capable of combining entertainment and information. As well as the TG Studio Aperto, which offers a type of information more usable by youngers and closer to the world of gossip and costume.

The main programs on Italia 1 are:

Aired since the late 90s, Le Iene is one of the most popular programs within Italia 1’s broadcast with a share of around 10%. It is an entertainment and information program, based on services produced by its correspondents with the reportage technique, launched thanks also to comic and satirical sketches. The investigations conducted by the “iene” may concern news stories, political figures, media scandals and other events related to current affairs. The management was entrusted to big names in entertainment, such as Alessia Marcuzzi, Nicola Savino and Giulio Golia.

Studio Aperto, the Italia 1 news program, has a well-defined target audience, that one of young people. In fact, it presents, in addition to the usual news stories, also topics such as gossip, life-style and customs. A well-known column is On Air, broadcast over the weekend to talk about cinema and entertainment. It is broadcast twice a day on a daily basis, while at night a space of 15 minutes is reserved for information, La Giornata edition. In terms of ratings, it is one of the most performing information programs during the afternoon, with share peaks that reach up to 20%.

Cotto e mangiato, broadcast every day after the 12:25 edition of the news program, is a cooking column produced by Studio Aperto that offers easy recipes in 90 seconds that can be made in a short time. While the dish is being prepared, the necessary steps, cooking times and cost of ingredients are explained, so you can replicate it from home. Viewers have the opportunity to interact with the presenter, proposing recipes and dishes through the website or social platforms.

Battiti Live, is the musical event of Italian summer that broadcast directly from Italian squares. With an excellent cast, composed by over 50 Italian and international artists, it represents one of the flagship programs of Italia 1’s summer season. The event is followed live by Telenorba and RadioNorba and, after the first broadcast on Italia 1, it is reproduced on Mediaset Extra and Italia 2. His presence on Mediaset Play, the on-demand service of Mediaset Group, is also very interesting. Aired from mid-July to mid-August, the 2020 edition reached share peaks of 8% and a cumulative coverage of about 21.5 million people, confirming the program among the most followed on the national television scene during the summer.

If you are interested in creating an advertising campaign on Italia 1, it is necessary to use packages of commercials that fall within the commercial policies of Mediaset. These packages generally include the insertion of spots also on other channels of the network and are organized by time slots (eg. breakfast time, morning, afternoon, early evening, evening, prime time, etc.). Once the programming has been defined, a document is sent to the customer containing the hour points, that is the exact time of the advertising break within which the spot is visible. These points are now fundamental both to allow the customer a precise control of the programming and to perform post-campaign analyzes, and therefore determine the performance of the same, such as audience, frequency and GRP. An advertising campaign on television can be exclusive on a network or even across other channels, such as Rai o La7.

The cost of a campaign of TV commercials on Italia 1 is therefore variable according to the chosen time slots, commercial policies in place in the period of interest and the quantity and quality of the advertising spaces assigned (a commercial broadcast in prime time has an audience and therefore a higher cost than one broadcast in the afternoon). The job of a media center like Spada Media Group is therefore precisely to plan a campaign that is as effective as possible for the target of customer interest (men/women, age group, income, etc.) at the lowest possible cost. .

To request an economic proposal for an advertising campaign on Italia 1 or on the entire Mediaset network, you can fill out the information request form by clicking on the button below.