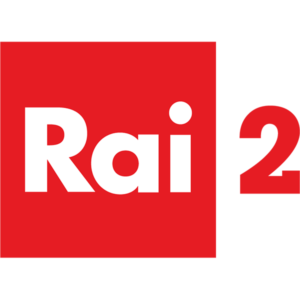 Rai 2 is the second Rai television channel and offers programs aimed at a general public and young people. It began broadcasting in the early 1960s under the name of Second Program and currently offers comprehensive programming that includes entertainment, news, sports, reality shows, telefilms, docu-fiction, cartoons and scientific dissemination. The channel also hosts in-depth sports broadcasts such as Quelli che il Calcio, one of the most popular football programs in Italy, and entertainment such as the television phenomenon Il Collegio, a reality show that sees young people as protagonists.

The main programs on RAI 2 are:

In the 1960s, the second state television channel made its appearance with its own newspaper, alongside the one already existing of Programma Nazionale. TG2, so called only since the 1970s, now airs with six daily editions, the one at 13:00 and that of 20:30 are the largest and most popular. Numerous columns manage to attract the interest of the public, in particular TG Post, broadcast from Monday to Friday after the evening edition, Costume e società and TG2 Motori which, broadcast on Sunday, manages to have a 7% of share, higher than the average of the program.

Quelli che il calcio is a sports entertainment program conducted since 2017 by Luca Bizzarri and Paolo Kessisoglu which airs on Sunday afternoon, anticipated by Quelli che aspettano. Despite the focus on the Serie A football championship, it also manages to give space to other sports and moments of pure entertainment with comic sketches, moments of satire and musical spaces. The broadcast, with an average share index of 7%, can count on numerous connections, from stadiums or with prominent guests, but also from the universe of social networks: in fact, much space is given to the contents published by users, which become the starting point for reflections and debates.

Among the most recent programs of Rai we can find Il Collegio, a reality show born in 2017 that involves a group of children between 13 and 17 who will have to face a rigid school system set in different eras, depending on the edition. Students must follow the rules imposed by the institute’s supervisors and study the subjects of different professors present in class in order to pass the final tests. The program has become a cult among younger viewers, the 2020 edition, for example, reached 11% share (higher than the channel average), creating an echo also on social platforms.

Broadcasted from Monday to Friday in the morning before the news, I fatti vostri is an entertainment program for a large part of the audience. The program ranges from topical issues, customs, entertainment and health and can count on numerous columns, interventions by specialists and links, presented by Giancarlo Magalli. The musical spaces are frequent and are introduced by the band with the support of great protagonists of Italian music, as well as the moments of involvement with the public, even from home, through prize games and interviews.

One of the successful series broadcast on the channel is N.C.I.S. (Naval Criminal Investigative Service), an American detective that revolves around the events of a team of federal special agents. Since 2005, the series has aired on Friday evenings and is then resumed during the week before the news in what is considered the crime offer of Rai 2, which includes other products such as Criminal Minds and S.W.A.T. The investigations of the protagonists concern cases of terrorist threats, kidnappings and killings of relevant personalities within the navy and of politicians. The average share index of the series is between 9 and 10%.

Cost of TV spot on Rai 2

The cost of a TV commercial on RAI 2 varies according to various aspects. The job of a media center such as Spada Media Group is therefore precisely to plan the best possible campaign from the point of view of price and audience for the target of interest of the customer. This work is carried out taking into account the preferred time slots, the commercial policies in place in the period of interest and the quantity and quality of the advertising spaces assigned (for example a commercial broadcast in the prime-time of a main channel has an audience and therefore a higher cost than one broadcast in the morning on a smaller network). To request an economic proposal for an advertising campaign on Rai 2 or on the whole RAI network, you can fill out the information request form by clicking on the button below.