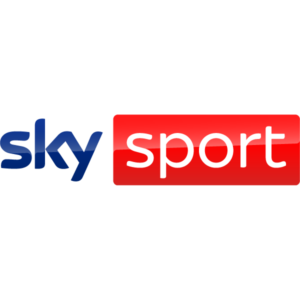 Sky Sport is the sports platform of Sky and offers numerous thematic channels that revolve around football, basketball, golf, tennis, Formula 1 and MotoGP races. Major sporting events are broadcasted on Sky Sport Uno while the flagship channel is Sky Sport 24, which addresses the main news throughout the day, thanks also to guests such as journalists and commentators. Each channel also has the HD version for viewing in high definition and overall, the sports package manages to reach 12 million average viewers.

Within the package there is a channel dedicated to Serie A, Sky Sport Serie A, where from 2018 it is possible to watch the matches of the season and some of the women’s championship. The schedule is entirely occupied by live match calendars, 7 out of 10 are broadcast exclusively, and by in-depth football events such as Sunday man. The matches are also told by journalists and commentators, including Alessandro Bonan, Fabio Caressa and Marco Cattaneo, thanks to interviews, comments and analysis of the championship days that manage to entertain a large audience, especially men and on the age group 15- 34.

International football matches are broadcast on the Sky Sport Football channel, with particular attention to those of the UEFA Champions League, usually very popular especially by a male target aged 15 and over. The live matches, among the top 5 of the channel, are accompanied by interventions in the studio both before and after the meeting of journalists and commentators, such as the Champions League Show, while at other times of the day it is possible to watch programs such as History Remix, a column on events and personalities who have made football history.

Football lovers can enjoy UEFA Europa League matches on the Sky Sport Football channel and beyond. Sky has acquired the exclusive rights of the matches since the group stages and always record numerous plays, especially in the post-match, with more than 400 thousand average spectators. Among the in-depth programs there is also Calciomercato – L’originale with Alessandro Bonan and Gianluca Di Marzio, which presents the latest news through links and interventions with guests.

The dedicated Sky Sport MotoGP channel, available since 2014, allows fans to watch the competitions in the world of motorcycles at 360 degrees, from free practice to races. Numerous live interventions and thematic columns including the Zona Rossa, with interviews with the drivers and teams at the end of the races and hot comments from the experts in the studio. The Wheels program, on the other hand, is part of the in-depth programs in terms of engines, dealing with MotoGP but also Formula 1 and the most exclusive car models for connoisseurs.

Sky Sport F1 is the channel dedicated exclusively to Formula 1 and other categories of the sector, such as Formula 2, Formula 3 and Porsche Super Cup. In addition to live races, it is also possible to see free practice, qualifying and other in-depth events. These include Paddock Live, on Friday and Saturday morning, for comments and predictions, and Race Anatomy F1, with Fabio Tavelli and his numerous guests who comment on the results of the Grand Prix with attention but also irony. The live broadcasts are followed by many viewers, often with a share of over 12%.

If you are interested in creating an advertising campaign on Sky Sport, it is necessary to purchase packages of spots on air on the thematic network of the Sky broadcaster, which fall within the commercial policies of the networks. The Sky Sport channel is specific to the sports theme and is therefore used both by brands in the sports sector but not only, also by all those brands that are aimed at a focus on the thematic and mainly male target.

To request the cost of an advertising campaign on Sky Sport or other Sky channels, you can fill out the information request form contained on the page.